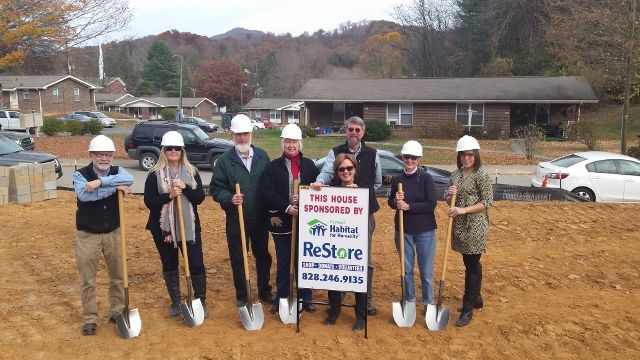 Thanks to the support of donors, shoppers, and volunteers, the Haywood Habitat ReStore has earned enough funds to sponsor a new home in Walton Woods, the first Habitat neighborhood located in Waynesville. In early November, ground was broken for the home that will be the 47th built by Haywood Habitat, and the 2nd to be sponsored by the ReStore that began operations in 2011. Construction is expected to begin in January 2017.

The ReStore is a retail sales operation with the mission of recycling, reusing and repurposing building materials and home furnishings. All of the monies raised by the ReStore are used to build houses for needy families within Haywood County.