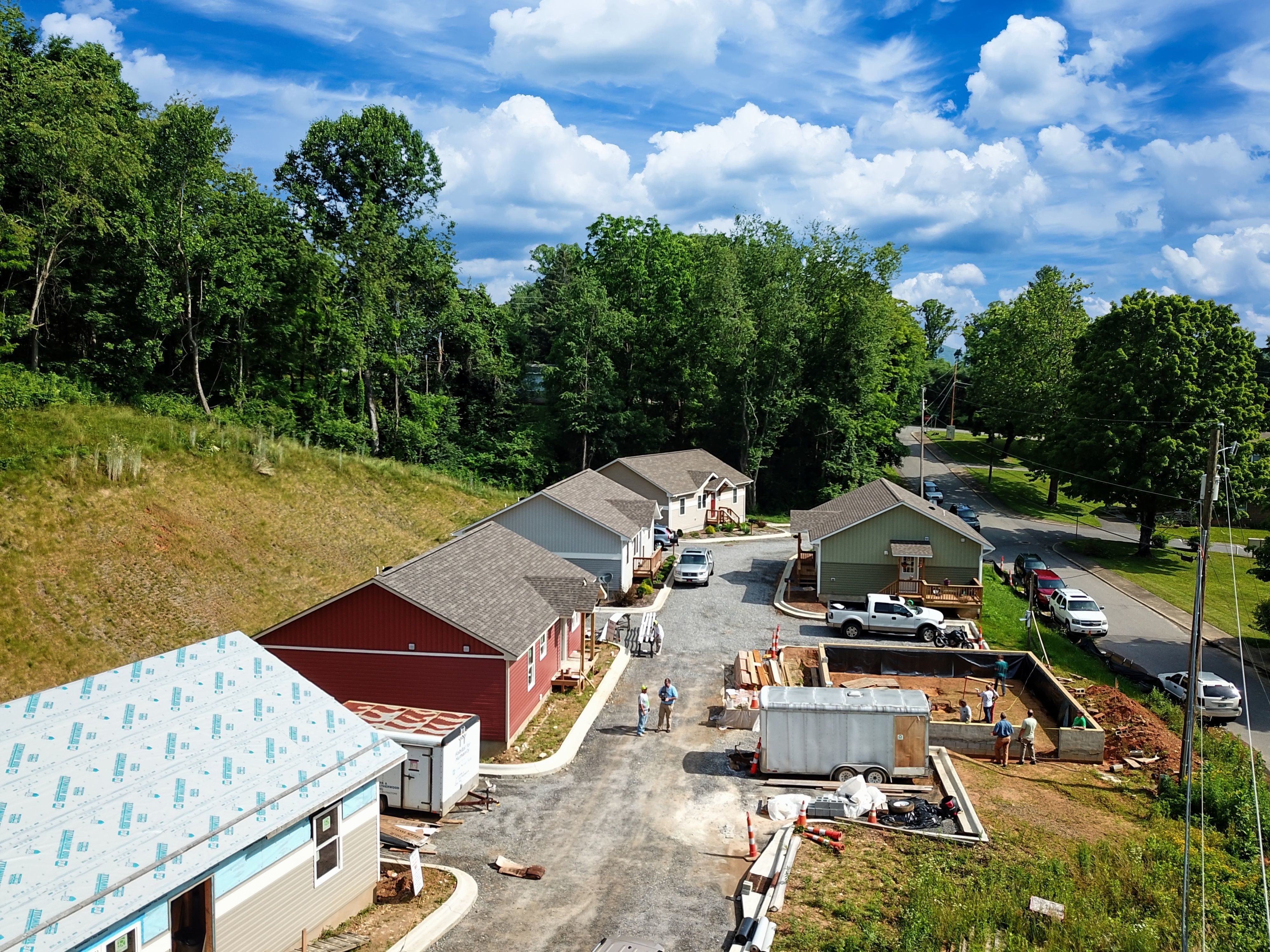 The community dedication of our first planned community, Walton Woods, is an important milestone in the 32-year history of Haywood Habitat.  The project began with a generous donation of land made by Sara Jane League and her late husband Gary Smith.  A volunteer group, led by Bill Cole, developed the neighborhood vision that would maximize the use of the property and embrace a village concept where people of all ages could come together in a safe and supportive environment.  Once the plan was in place, the fundraising began by raising homebuilding monies house by house for the community's eight homes as construction was taking place.  The entire project from planning to completion took about five years.  More than 40,000 volunteer hours went into building the neighborhood, direct costs were approximately $1 million, and in-kind contributions were about $300,000. “Walton Woods represents an enormous turning point for Haywood Habitat,” said Executive Director Jamye Sheppard, noting the innovative concept generated tremendous community interest in the neighborhood and in the work of Habitat for Humanity.

One of the key components of the Walton Wood’s design that was also dedicated with the neighborhood is a playground.  The playground is made possible by Bill & Jane Cole in honor of Jane’s parents, the late Sy and Allene Vavruska, long time Waynesville residents.  “It was very important to them to be part of the community,” Jane said.  “I think their message to everyone today would be to give back to the community in any way you can.”