"We Nailed It" volunteers recognized 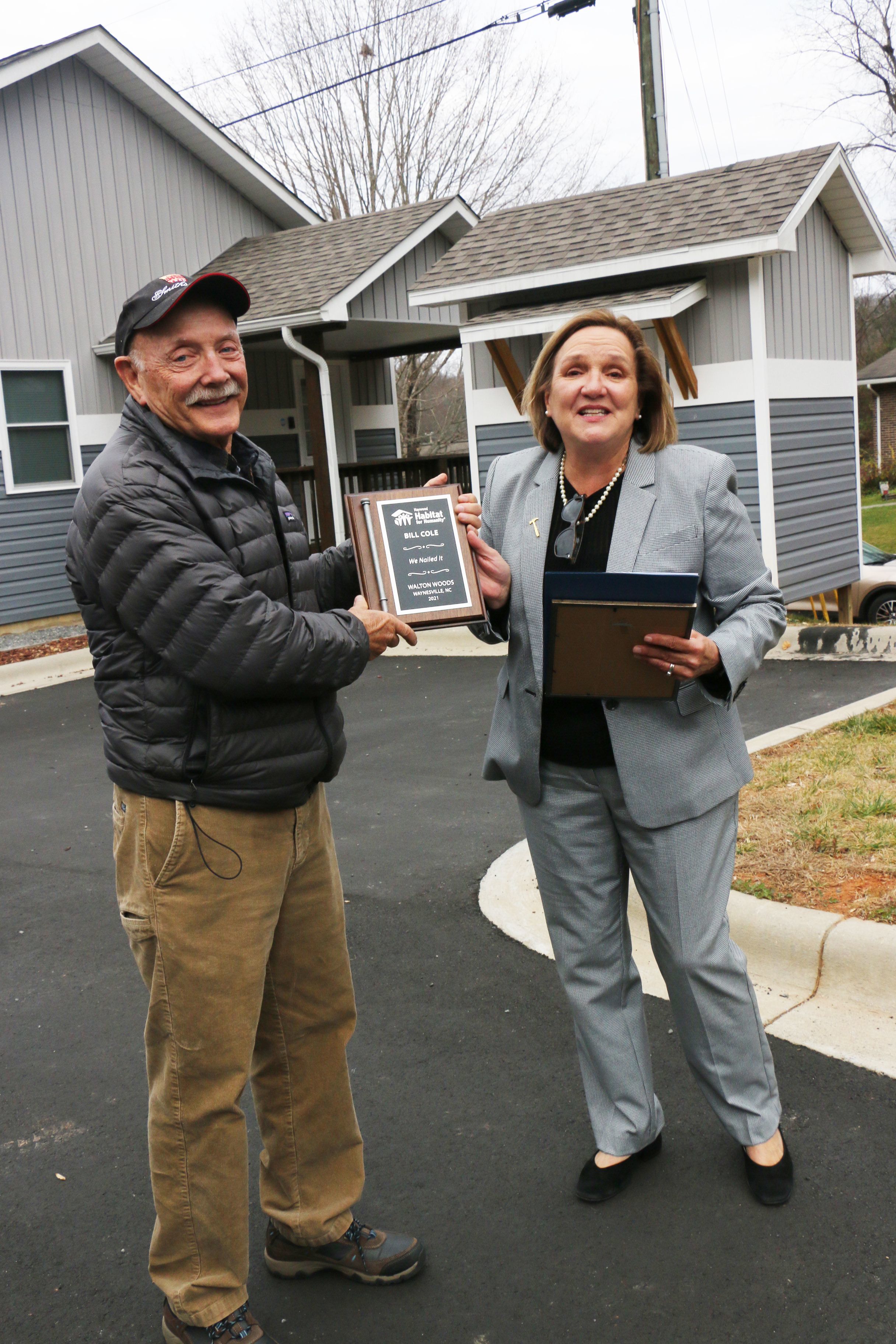 Sandy Giles was the first honored with the “We Nailed It” award presented at our Annual Meeting in 2017.  The award is reserved for persons who make a substantial impact on the organization through volunteerism.  Giles was recognized for his vision and leadership in the project where all of the Haywood County Methodist churches volunteered and raised the funds to build a Habitat home.  The project was the first of its kind at Haywood Habitat.

This year, for the first time since Giles was awarded in 2017, “We Nailed It” awards were presented to Sara Jane League, Bill Cole (pictured), and Jeff Mathis of Harrison Construction, at the dedication of Walton Woods, Haywood Habitat’s first all Habitat home neighborhood.  Each of the volunteers was awarded for work they did that resulted in substantial impact in the completion of Walton Woods.  Sara Jane and her late husband Gary Smith were recognized for donating the land on which the neighborhood was built.  Bill Cole was recognized for his leadership in developing a vision and plan for the village concept that defines the neighborhood.  Jeff Mathis representing Harrison Construction was awarded for significant impact through clearing the property and providing the gravel and asphalt for the neighborhood.  Upon presenting the awards, Executive Director Jamye Sheppard said, “Without the valuable contributions from these volunteers, Walton Woods would simply not be a reality.  Our sincere gratitude goes out to each of them for their philanthropy.  They truly nailed it.”